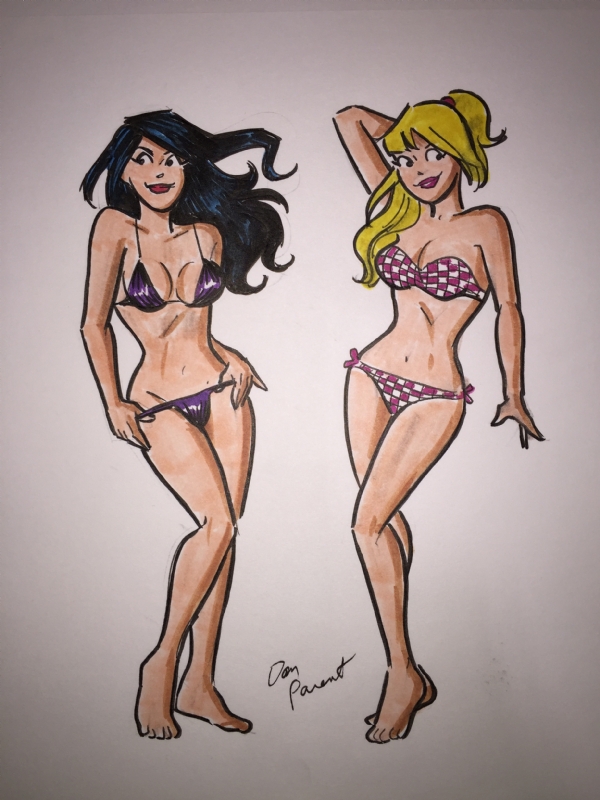 “We were only sixteen!”

AP – (Riverdale News) In what may be the most bizarre revelation yet, Betty Cooper and Veronica Lodge stepped forward today with new allegations concerning film mogul Harvey Weinstein. In an emotional two-hour press conference at Trump Towers in midtown Manhattan, the pair was introduced by President Donald Trump, a Lodge family friend.

“Veronica and Betty are friends of mine, we grew up together,” said The President. “Mr. Lodge, Ver’s dad, did business with my Dad, up in Riverdale. Harvey Weinstein should be ashamed of himself, if any of this is true.”

The pair alleges that Mr. Weinstein would regularly take his pencil to “Betty & Veronica Pinups” comic-books, and would use his eraser to “disappear” their clothing, giving the impression that the two were totally nude on the pages of the magazine. “Most boys never realized,” said Betty Cooper, “that while they’re looking at us – we can see them, too!”