Set it in stone now, to secure the future…

Back in the days when Bill Clinton was “ministering” (as his adoring wife Hillary said it so well) to Monica Lewinsky, it was all the rage for “consenting” adults to have “relationships” outside the archaic “bonds” of marriage, and quite naturally so, we were told, sex being sex, human frailty, etc., and depending upon what the meaning of “is” is, and so on…

President Clinton was a man with a lifelong history of ministering to women whom he considered ‘wayward,’ and Hillary for her part, raised as a devout Episcopalian and former Goldwater Girl, was as faithful to her husband as he was to her, often ministering to lonely men in need of solace herself, as with Webb Hubbell and Vince Foster.

That the country should be so fortunate as to have both a President and First Lady as concerned with ministrations as Bill and Hillary was a fact to be marveled at by a doting press corps; journalists were demonstrably enamored with the First Couple’s rectitude, righteousness and generosity of spirit – especially that of The First Coupler, The President himself.

And while not a self ordained “minister” as such, Senator Edward “Ted” Kennedy was then regarded, as he was until his untimely demise at the hands of the gout, as “The Lion of The Senate,” owing to the fierceness with which he fought for the rights of the many young attractive women who were drawn to his ever-progressive and enlightened Irish open-mindedness on the subject of women, rare for a man of his age, girth and marital status.

It was a wonderful chapter in our nation’s history, Republicans and Democrats basking in the glow of non-partisanship, mutual respect and openness, lions lying with many dutiful lambs, Clintons celebrating with Trumps, the grateful women of Hollywood celebrating with Bill Clinton, Hillary celebrating with Huma and the Weiner’s, congressman Anthony Weiner’s heart and Hanes Briefs bulging with pride.

All ruined, as it were, by the diabolical Vladimir Putin’s installation of the avaricious traitor-in-waiting Richard Cheney, and his alcohol-sotted cutout, George W. Bush, runt of the Bush Clan litter. But soon enough, hope was on the horizon… the constitution ensured a restoration… change would end our national nightmare of war and financial ruin, back alley abortions, slavery and the persecution of the transsexuals who built America.

None but the most progressive and optimistic of us could believe the cornucopia of alternative riches presented by the Democrat Partaaay in the Presidential primary season of 2007. The choice between Hillary Clinton and Barack Obama, Michelle and Bill… seemed a choice between either a return to Camelot or to Heaven On Earth – the nomination of either candidate promising the dawn of a new era in the history of mankind. Even Republicans acknowledged the Deity’s Hand at work, offering up only token resistance to God’s Will in the form of the enfeebled, hot-tempered philanderer John McCain, who sealed the election with his selection of the hydra-headed Sara Palin as his running mate.

All of America rushed to elect the man dubbed “The One,” an enlightend ‘light worker’ whose short stint in the Senate reminded scholars of nothing so much as the young Jesus Christ’s time in the Temple; even wizened veteran fellow Senators fell slack-jawed, witnessing the youthful Junior Senator’s wisdom and transcendence.

Few among us will ever forget “Recovery Summer,” The Arab Spring,” or the transformation of Healthcare on earth, as it is in heaven… just as few will ever forget The Return of The Beast that descended on America in the human form of Donald J. Trump, the moment The One ascended from The White House to dream with his father…

Once again, Vladimir Putin unleashed his hacking hounds from hell, infiltrating Facebook, Google, Netflix and Amazon Prime with tiny bots, brainwashing bytes and dog-whistling lines of conservative code to confuse America’s Electors while mind-controlling Trump and his cabinet, forcing them to lie and collude with Russian oligarchs while forcing Russian prostitutes to despoil holy relics once touched by President Obama.

Almost immediately the tweeting started. Relentless, mean-spirited and infuriating, Trump took to the tweet-waves like ugly-on-an-ape. But women, in particular liberal women, refused to take Trump’s assault lying down.

Until Trump, liberal starlets and newswomen who had been only too happy during the Obama years to “sleep their way to the top,” suddenly reneged on their deals publicly, forcefully and in great number, demanding an end to the now “wicked” ways of the casting couch and hotel-room “meetings” – not coincidentally denying their younger and prettier competition the means of advancement to unseat them, while at the same time complaining bitterly about the male executives they had once so willingly favored with their charms when they themselves were young and beautiful.

Did I really just write that paragraph? Jeezus, I don’t know what came over me. Try this:

Until Trump young, talented women suffered in silence at the hands of their aging white male bosses, studio heads, and network executives, men cast in the mold of Fox News’s Roger Ailes and Bill O’Reilly, two of the most egregious offenders besides Alabama’s Republican Judge Roy Moore.

But the election stolen from them (and Hillary) by Trump and Putin was the last straw: brave American women rose up in force, to smash the white male patriarchy that Trump and Fox News represented.

Sensing the changing tide, legions of progressive politicians, journalists, actors and studio heads all clamored to selflessly renounce their positions of power, in sympathetic “solidarity” with Rose McGowan and Ashley Judd, declaring themselves to have taken the “high road” and lining up on “the right side of history” and turning on a dime, as all right-thinking Democrats are wont to do, whenever the winds shift.

One after another, a veritable “Who’s Who” of patriotic Democrat men stepped up to the plate to ‘resign’ in sympathetic symbolic support of the women victimized by the likes of Donald Trump, Roger Ailes and their ilk.

But where were the Republican men? 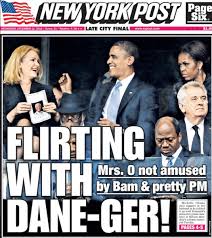 Posted in: How To