In a never-ending battle for Truth, Justice…and The American Way.

People who say, “Donald Trump is his own worst enemy” aren’t paying close enough attention to his competition. They’re giving his many enemies short shrift if they think that a dufus like The Donald could outdo them in any “enemy” competition.

Lethality, that’s the measure of an enemy. How well equipped is an enemy to be able to take one’s self down?

But — is Donald Trump actually an enemy of Donald Trump? Or is Trump Trump’s own BFF? …  Continue reading →

There Is No Trump But Trump

Believe on it – and ye shall be saved. 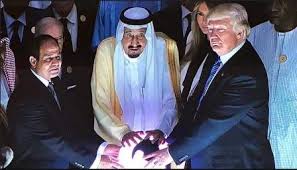 The key to “understanding” Trump is Norman Vincent Peale, the minister and author of “The Power of Positive Thinking.” Few know that Rev. Peale actually officiated Trump’s first marriage, to Ivana.

People wonder how Trump can so blatantly lie in the face of defeat and call it “victory.” How he can swear on a stack of Bibles that he is the greatest President since “maybe Lincoln.” How he can declare himself a “pussy-grabber” on camera and still be elected President.

It really irritates them, especially the folks who talk about news on television. …  Continue reading →